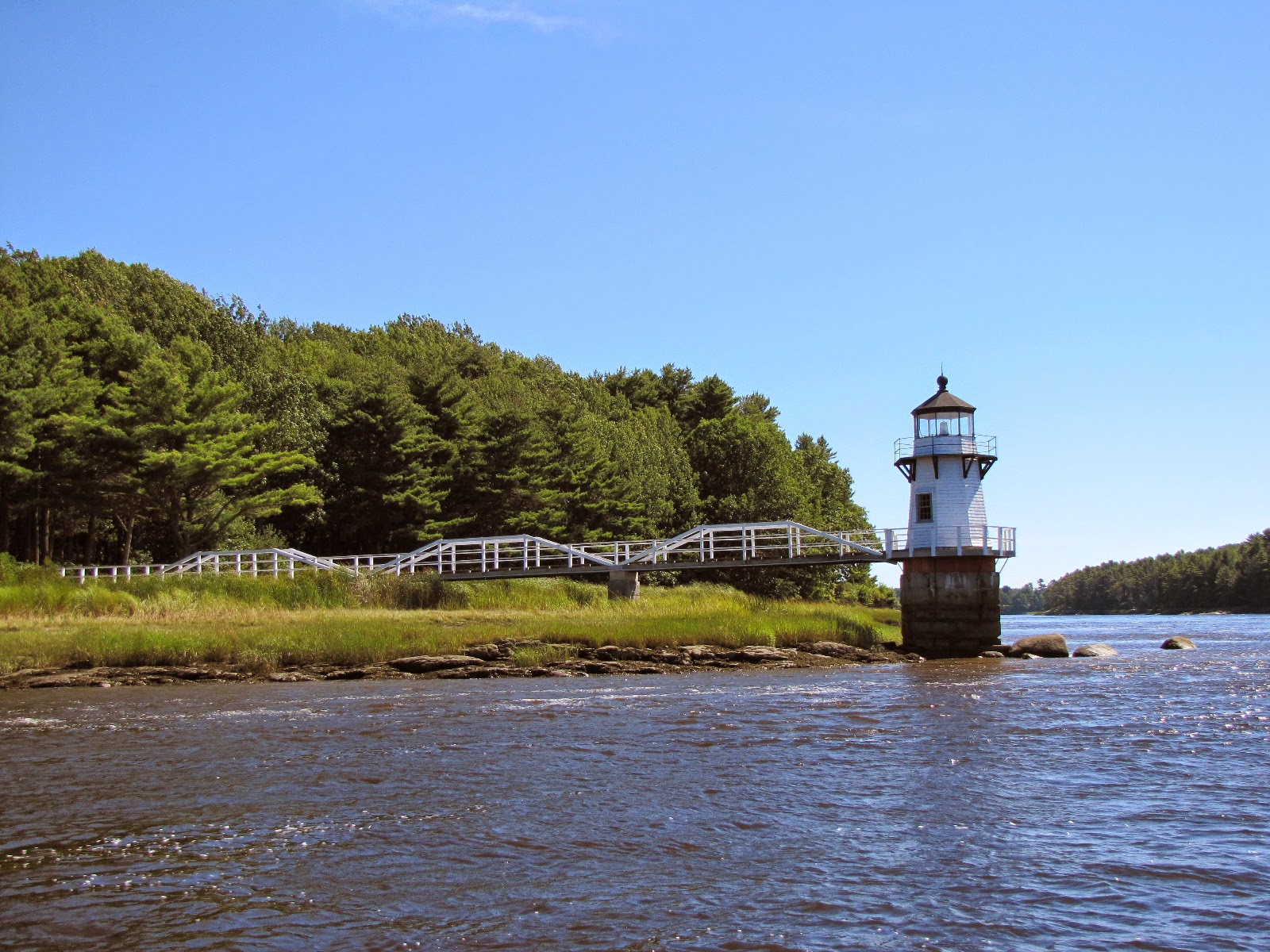 My sister, Linda, and I chose a sparkling September day to set out on a river cruise aboard the Maine-built wooden boat, the Seguin. We were visiting the Maine Maritime Museum in the city of Bath, which is situated on the Kennebec River and famous for its centuries-old shipbuilding industry. Seguin's captain, Dave, mentioned that in the coming weeks the cruise would lure many serious photographers eager to capture a perfect view of the six lighthouses located along the Kennebec.


The Feng Shui “Theory of the Five Elements” may be applied to our natural attraction to lighthouses, with interesting results. The ancient sages observed that energy moves in five fundamental ways: downward, upward, outward, around, and inward. These movements are expressed in Water, Wood, Fire, Earth and Metal; and are the building blocks of everything that we perceive in our world. The elemental forces are never static, but are constantly interacting with one another, sometimes creating, sometimes destroying.


In the natural scheme of things, water extinguishes fire. However, in this case, the brilliant, glowing, illuminating rays of the lighthouse are surrounded – but never quenched – by the deep, moving, often dangerous waters of the rivers and sea. There is hope and the promise of safety in the fact that this particular fire is constant and indomitable. Something deep within us is stirred by the knowledge that this small circle of brightness has the power to push back the night.


On the return journey, Captain Dave talked about the river itself, and the changes that have taken place over the past several decades. As we watched eagles flying overhead, and the sparkling water flowing by, Dave said that as a boy he couldn't swim or fish in the river – it was too polluted. 150 years of industrialization along the rivers had done their damage. But in an era before the environment was a part of everyday conversation, Maine's own Senator Edmund S. Muskie worked systematically to find solutions to air and water pollution. Senator Muskie was the driving force behind the Clean Air Act in 1970, and the Clean Water Act in 1972.


Human beings are most nourished in places that contain all of the five elements, and we had all of them that day: the pristine waters of the Kennebec, the tall white pines and spruce trees along the banks, the late summer sun, the immense rectangular shapes of the buildings of Bath Iron Works, and the pretty domes and arches of historic buildings of Bath. As the days are now getting shorter, and the New England winter is looming ahead, I'm going to be reminding myself that there is a perfect five-element day just a memory away.


Posted by Feng Shui Western Mass at 1:25 PM No comments: