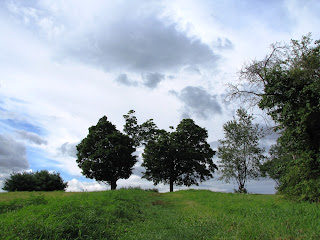 Thanks to my friend Libby for passing along this Native American teaching story.  The original source is unknown – but the message is as compelling today as when it was first told around an anonymous campfire in a time long ago.

Once there was a little girl whose grandfather was a respected member of their community. He settled disagreements fairly, helping those in difficulty in a way that maintained their dignity. He kept peace and harmony among the people, and often was able to cure the sick and injured.  In a thousand different ways he contributed positively to people’s lives, and always did this in a way that, at the same time, supported the community as a whole. The people respected his wisdom, listened to his words, and generally followed his advice.

The little girl knew all this and was curious.  She went to her grandfather and asked him, “What is it like, being you?”

The old man thought for a few minutes, and then he told her, “It’s like having two wolves in my head.  One snarls and bites.  It is angry at people’s foolishness and wants to fight with them and drive them away.  In addition, it wants everything for itself, the best food, the best den, the best everything.  The other wolf is different.  It wants to teach about cooperation.  It knows that every other wolf has something to offer and needs to be a valued part of the pack.  It understands that together we are stronger than any one of us is alone.  It has compassion and its actions support the welfare of the pack.  Always these two wolves are fighting with each other in my head. Always.”

The little girl’s eyes got very large and very round as she considered these things.  But she didn’t say anything.  Quietly she went away, and for a number of days she thought about what her grandfather had said.

After some time had passed, she returned to him.  “Grandfather, which wolf wins?” she asked.  The old man replied, “The one that I feed is the wolf who wins.”

Posted by Feng Shui Western Mass at 8:13 AM 1 comment: